Founded on 29 January 2005 by the will of Simonetta Puccini, the Maestro’s only grandchild, the Simonetta Puccini Foundation for Giacomo Puccini aims to keep alive and honor the memory of Giacomo Puccini through the conservation and dissemination of the Maestro’s cultural and artistic heritage. It promotes and spreads knowledge of Puccini’s works and locations through meetings, exhibitions, studies, research, tourism, and enhancement of archives and libraries. In particular, the Foundation has the purpose of collecting, protecting and disclosing to the whole community the archival and photographic material owned by the Institution. In addition, it protects and enhances the Giacomo Puccini Villa Museum in Torre del Lago (Lucca), collaborating with local agencies, public and private.

The Foundation collects the work of the Institute of Puccini Studies, founded in 1979, and of the “Amici delle Case di Giacomo Puccini” Association, established in 1997. The Simonetta Puccini Foundation for Giacomo Puccini obtained legal recognition from the Prefecture of Lucca on 8 July 2005 and was appointed universal heir by its Foundress who passed away on 16 December 2017, the date on which the Foundation became the owner of the Villa Museo Puccini in Torre del Lago (Lucca), the historical library, and Giacomo Puccini’s personal archive. Simonetta also bequeathed a building bordering the Maestro’s villa in which the cultural and institutional activities of the Foundation are concentrated and which houses the services for the Museum itself: Archive, Library, Exhibition Hall, Auditorium, offices, and guest quarters.

The members of the Board of Directors do not receive any remuneration.

Simonetta Puccini was born in Pisa on June 2, 1929. The only daughter of Antonio Puccini (son of
Giacomo Puccini), she committed her life to the task of preserving the memory of her grandfather, countering the false myths born around his figure, the distortion of his work, and the smear campaigns that did not do justice to his art. Her study and scientific activity led to an artistic and human rediscovery of the Master.
Simonetta was a sensitive woman who was always prepared to fight for the cause.
In 1979, she founded the Institute of Puccini Studies along with Mosco Carner, Fedele D’Amico, Claudio Sartori, Carlo Bo and Cesare Garboli, with the target of studying and enhancing the figure and work of Giacomo Puccini and his musician ancestors and to conserve properties associated with Puccini.
In 1996, the “G.Puccini’s Houses Friends Association” assumed responsibility for the restoration and maintenance of the Torre del Lago house and its contents and for the protection and development of Puccini’s artistic and musical heritage.
In 2005, the Simonetta Puccini Foundation was established and Simonetta Puccini nominated it as her universal heir.
She passed away on December 16, 2017, and rests with her grandparents and her father in the family’s chapel inside the Villa Museum. 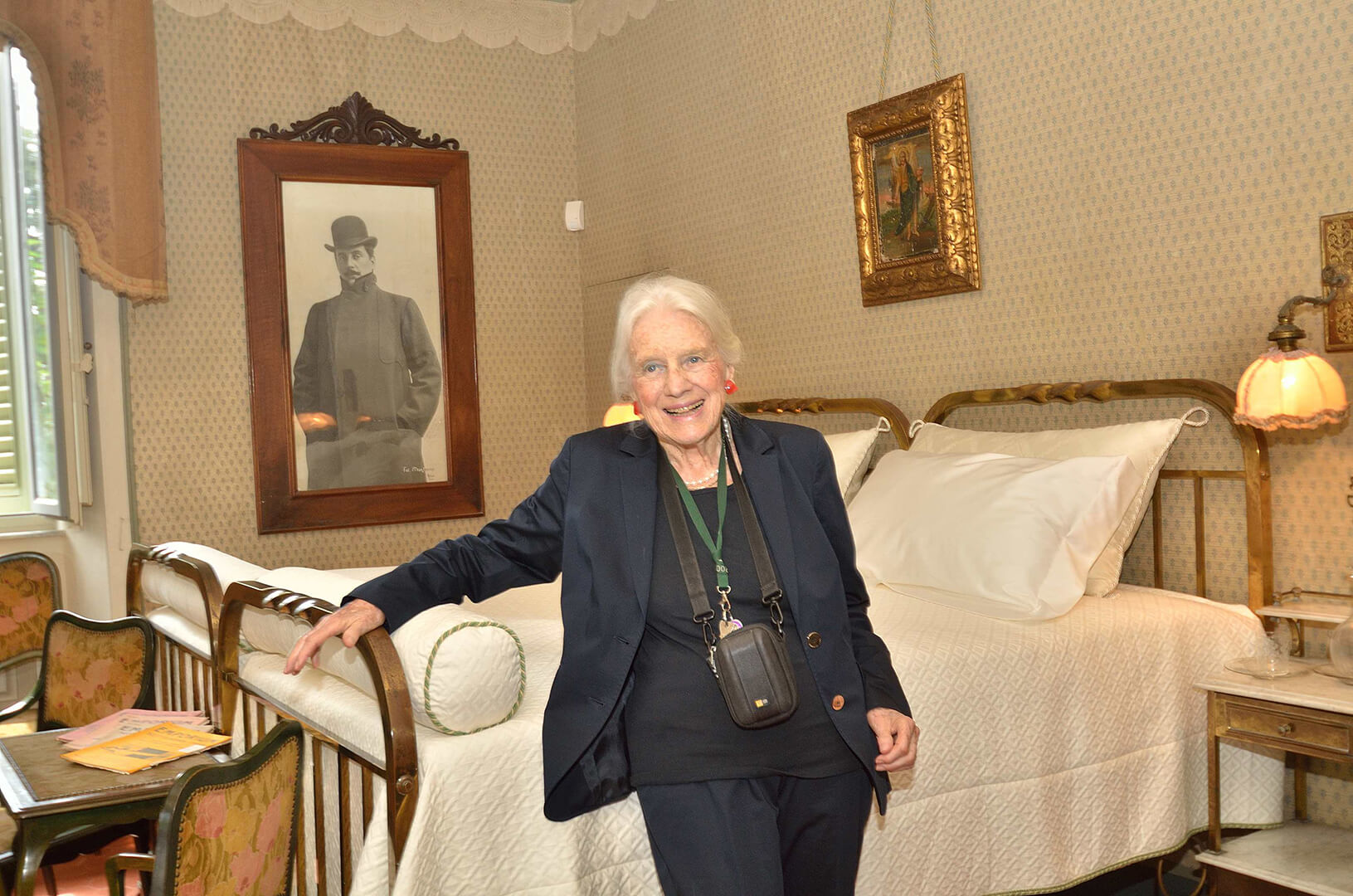 Board of Directors
The Board of Directors is made up of 5 members, including the Chairman, who was originally appointed by the Founder and subsequently by the Board itself.
The Directors remain in office for 5 years and can be re-elected.
The Board governs the Foundation and determines the direction of its economic and cultural management, keeping in mind the scientific programs drawn up by the various internal committees and deliberating on extraordinary administration operations.
The Board, convened by the President at least twice a year, appoints the Board of Auditors and the Scientific Committee.

Management
The roles of Director and Deputy-Director are allocated by the Board of Directors in relation to the museum standards.
The Director, in conformity with the management and control functions carried out by the governing bodies, is responsible for the overall management of the Museum and is in charge of everything entrusted to him.The Deputy Director is in charge of defining programs relating to the Museum’s management and outlining the coordination of the tutorial, educational, and tourism projects.

Scientific Committee
The Scientific Committee is appointed by the Board of Directors and is made up of 3 members identified as experts on the subjects included in the institutional purposes of the Foundation. Each member remains in office for 3 years and can be re-elected.

Visitors Assistant
The Visitors Assistants are direct employees of the Foundation responsible for guaranteeing efficient service relating to the reception of visitors, to surveillance, to the custody of the exhibition spaces, and to the conservation of the areas attached to the Museum.

How to Support us

DONATIONS
You can contribute to the conservation and enhancement of the Foundation’s artistic and cultural heritage, personally supporting the protection of the Puccini Villa Museum in Torre del Lago. Donations of any size are appreciated; no donation is too small.
IBAN: IT71J0503424869000000264592

GIFTS IN KIND
With a donation, you can help us to enrich the precious collection of objects and documents related to Giacomo Puccini’s life and work, virtually becoming part of the Villa Museum.
info@fondazionesimonettapuccini.it
tel 0584341445

TECHNICAL SPONSOR
Companies and businesses can choose to be technical sponsors of the Simonetta Puccini Foundation for Giacomo Puccini, offering the supply of services, consultancy, equipment or tools.
info@fondazionesimonettapuccini.it
tel 0584341445