The Giacomo Puccini Villa Museum, for many years the beloved residence of the Master and where he gave birth to many of his masterpieces, still allows visitors to immerse themselves in the atmosphere of the original places, finding inviolate the spaces of which Puccini personally took care in every detail.

In addition to the furnishings and exhibition materials, which are shown in the rooms of the Villa, the Museum has an historical archive that includes extensive documentation, consisting of letters sent and received by Puccini, photos, correspondence and administrative documents, and sheet music, handwritten and printed. The Archive has been declared “of particularly important historical interest” by Tuscany’s Archival and Librarian Superintendence, as “the documentation constitutes a testimony to the extraordinary value of the reconstruction of Giacomo Puccini’s life and work”. Before Simonetta Puccini came into possession of it, unfortunately, the Museum suffered some damage over the years: in fact comparison between inventories shows the disappearance of objects and documents, some of which have reappeared on the antiques market!

The documentation currently preserved in Torre del Lago amounts to about 28,500 papers, divided into categories which number over 10,500 letters, about 1,500 musical manuscripts, drafts of librettos, literary sketches and more, relating to the composition of works (about 1,000 papers), compositions and librettos , (about 150), making up a total of over 1300 papers.
Furthermore, there is photographic material which includes, between positives and negatives, about 2100 photos. We also find the press reviews with 1500 newspapers and selected articles collected in 15 files, the accounting material (about 3500 invoices, accounting records, administrative reports), some 1600 papers concerning legal contracts and lawsuits relating to publishing companies, posters, menus, some other press material, and several albums. Puccini’s handwritten manuscripts amount to approximately 3,100 papers, including musical manuscripts, preliminary materials, correspondence, and sketches.

In addition to Puccini’s letters, photos, and other documents, the Archive contains a precious collection of about 450 musical manuscripts by authors of olden times: the 1600s and 1700s. This is the family music library; namely, the scores that came to Giacomo as an inheritance from his musician ancestors. For example, in this “ancestors’ library” there are handwritten manuscripts of sacred and profane music by composers such as Giovanni Porta (1674-1755), Gregorio Allegri (1582-1652), Giacomo Carissimi (1605-1674), and Giovanni Battista Pergolesi (1710-1736).
Other items in the Archive are directly attributable to the interests and to the work of Giacomo Puccini. For example, it includes printed scores and extracts from the works of his contemporary musicians. Some work materials are also present, made up of drafts and fragments, which sometimes amount to no more than taking a note of a brief musical idea, some others to fixing larger portions of a planned composition on paper, to be developed later. The Archive also contains the subsequent printed editions of Puccini’s works, licensed several times by Ricordi.

The historical archive preserved in Torre del Lago represents a distinctive part of the precious Puccini heritage: the Foundation has taken on the responsibility and management of this material, and it is committed to ensuring that it contributes to better illuminating the figure and personality of the Master and his artistic production.

Scholars wishing to consult the documents preserved in the Puccini Archive must submit the application to Tuscany’s Superintendence of Archives and Libraries, using the appropriate form: http://www.soprintendenzaarchivisticatoscana.beniculturali.it/index.php?id=218
The access request must have attached a photocopy of both sides of the identity document specified on the application.

Within 10 days of receiving the application, the archival superintendent will send the communication itself to the Archive’s curator, with a copy also sent to the scholar who submitted the application. The applicant must then send an email to the curator giving the subject of their research and a list of the documents requested.
Once authorization has been obtained, the scholar must contact the Archive’s curator at archive@fondazionesimonettapuccini.it to arrange access.

The first publications of the editions of the Simonetta Puccini Foundation for Giacomo Puccini are coming soon. 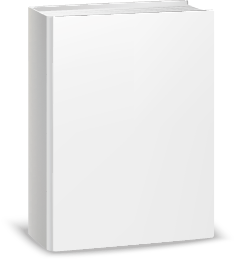